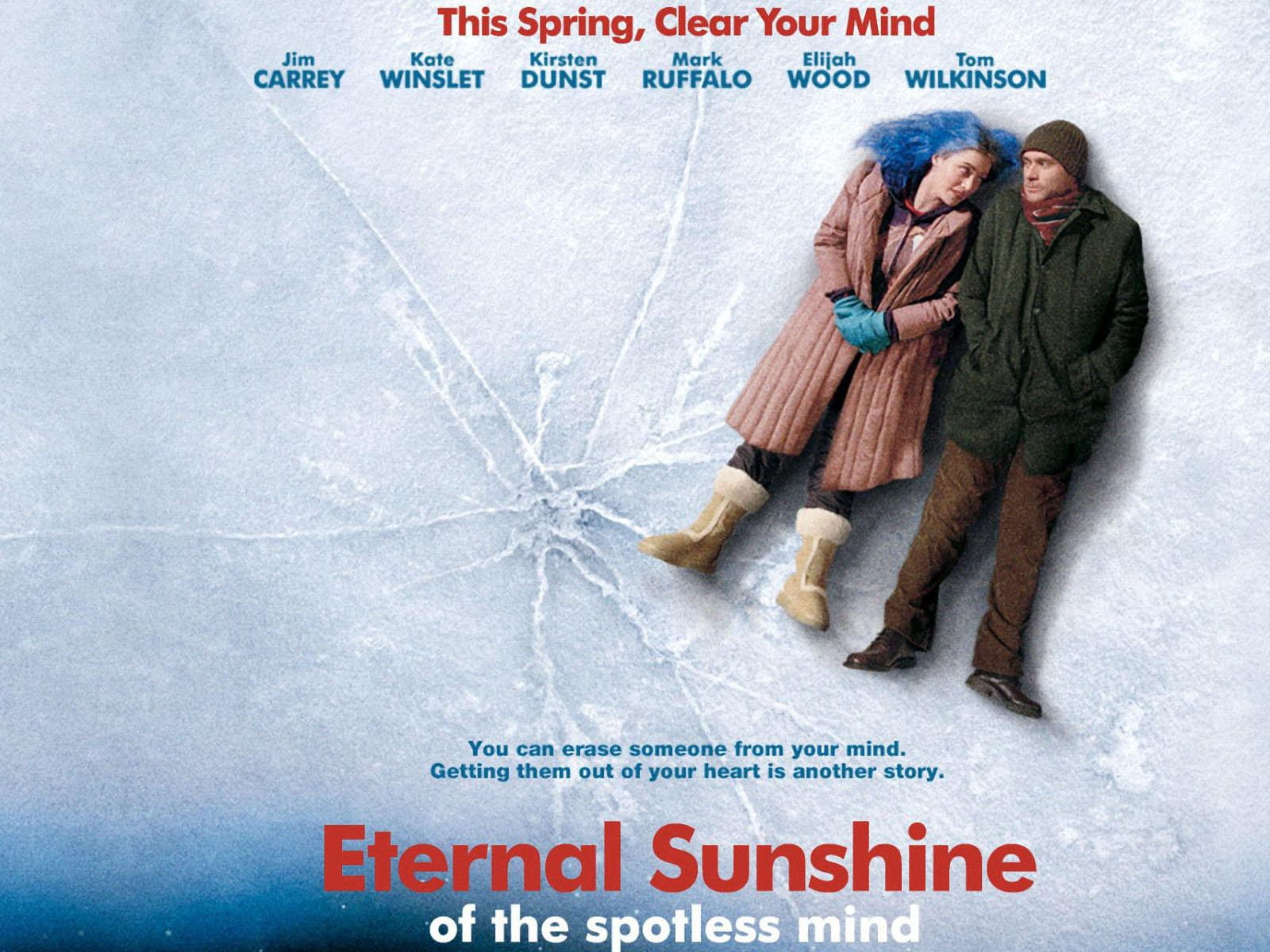 As the winter days and their cold embrace take their toll on us this December, most of us like to get comfortable on the couch with a Christmas-y romance. Most of us, excluding those like myself. I feel like the absence of warmth is an important token of the holiday season, and accompanying that should be films that strike you cold, perhaps in a good way. Taking a trip down memory lane, this month I’d like to remind you of an older flick.

Eternal Sunshine of the Spotless Mind is a classic romantic film, but not in the ways you may expect. Joel, a sad, lonely man, is taking a train to nowhere after skipping work on a fluke. On the train he meets Clementine, a bubbly young woman who believes they have met before. He doesn’t think so, but she persists. The two hit it off extremely well, likely because they have met before, and were in love. However it ended poorly, and they both underwent a procedure to erase their memories of one another.

This film’s movement through chronology and locations demands your attention throughout its runtime. Gondry and Kaufman utilize qualities of cinema that are easy for us to understand, all the while being captivating and complex. Considering a significant portion of the film takes place inside Joel’s mind, we see larger than life events unfolding to remind us that what we are seeing is entirely subjective. The memory “flashbacks” and their utility within the film gives us a look at Joel’s character from perspectives that are unconventional and raw. It’s strikingly enthralling, and you quickly become addicted to Joel and his attachment to the quirky Clementine.

Moreover, the aesthetic of this picture is easily considered phenomenal. The universe we’re inserted into, albeit a bit campy, is easy to adapt to, almost as if you’ve lived in it your entire life. The colors, the costuming, the lighting, and every ounce of worldbuilding feels comfortable. It’s best described as organic. The events feel consequential, everything feels deliberate and natural. The pain the characters experience is your pain. And when you cry, you cry hard.

Rather than throwing on a Christmas classic, maybe this season would feel more appropriate with Eternal Sunshine. It’s a beautifully spun tale of cut ties, lost romance, and sincerity. I’d recommend it for just about every kind of person.

Eternal Sunshine of the Spotless Mind is available for streaming on Netflix, and currently holds a rating of 93% on Rotten Tomatoes as well as an 8.3/10 on IMDB.