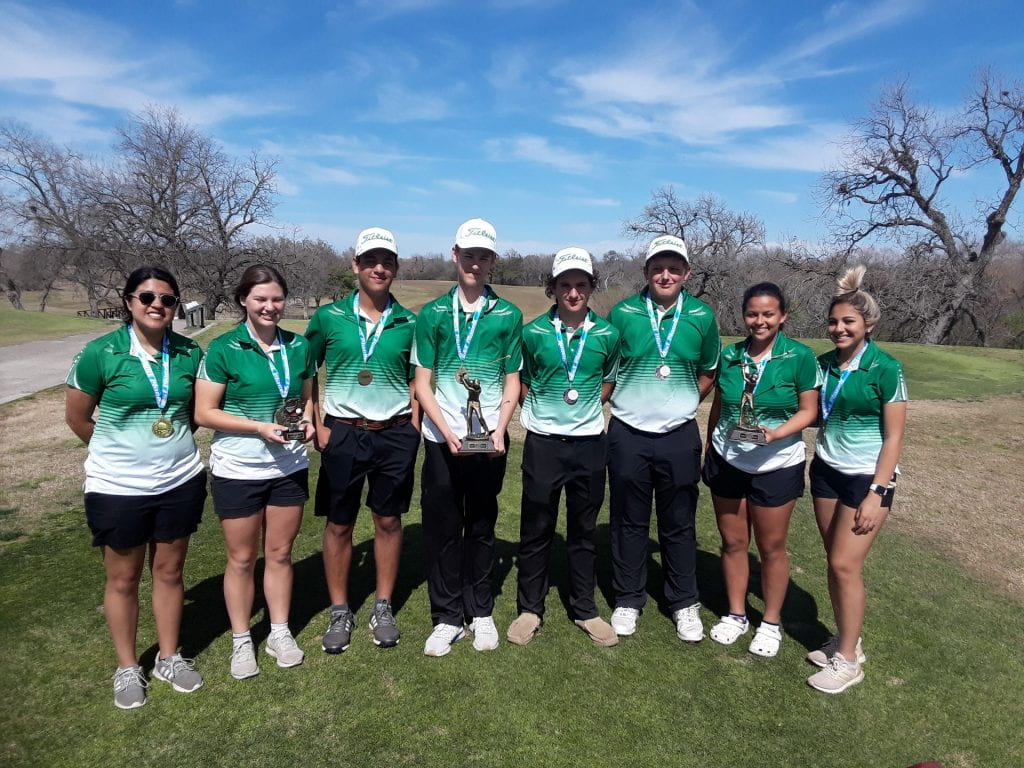 On February 27th, The Eagles golf team headed off to the NISD campus in Concan, where they finished day one of the tournament in 21st place and ended the day still in 21st. As of February 29th, the Eagle team placed 1st and played well at the SAISD tournament. Matt Garcia, Luke Thornton, Reed Foster, and Trent Crady shot a team score of 370 to lead 1st in the tournament. The team finished the SAISD Golf Tournament held at Willow Springs Golf Course in San Antonio on Friday and Saturday, February 28th and 29th as champions. Matt Garcia, Reed Foster, Luke Thornton, and Trent Crady shot a score of 356 with a 2-day total of 756. The Eagles were led by Matt Garcia, who shot a two day total of 177.

Unfortunately, due to COVID-19, UIL has suspended the season due to social distancing guidelines. However, we are very proud of our teams for all they have accomplished.