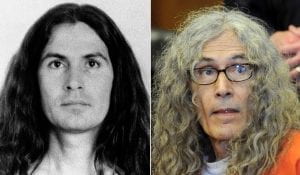 Photo shows Alcala from the 70s to now

For most people September 13, 1978 was just another day, but for Cherly Bradshaw, a bachelorette on the then famous TV show, The Dating Game, that day would be remembered for the rest of her life. During the 60’s and 70’s The Dating Game was notoriously known for matching couples together and sending these couples on ‘dream dates’. That episode Bradshaw had chosen what she thought was her perfect match, bachelor number one, Rodney Alcala.

Rodney Alcala was originally born in San Antonio, Texas in 1943 and became a serial killer that terrorized the woman between 1977 and 1979. Bradshaw, who knew nothing of his past, luckily had an ill feeling about Alcala once the show was off the air. She reported that he gave her the “creeps” and she never wanted to see him again. If the popular dating show performed background checks on their bachelors, they would have discovered that this “creepy” guy had already spent three years in prison for unspeakable crimes against two minors. This had landed him on the FBI’s Ten Most Wanted Fugitives List. The rejection of Bradshaw only put fuel to Alcala’s fire, which he then committed a killing spree of at least 50 women within the following months.

The total number of victims that Rodney Alcala has is unknown, but what officials found in his possessions is photo albums of all the women and children he could have possibly killed while he was posing as a professional photographer. They have already identified at least 30 women but are still holding out hope for the rest of the unclaimed identities. Alcala is now sitting on death row in a California prison after he was found guilty of murder for only 5 of his victims.

If you want to help spread the word and find the identities of these women and children visit: https://www.mysanantonio.com/news/local/crime/slideshow/Rodney-Alcala-photos-117804.php