By: Myame Lara and Darla Rodriguez 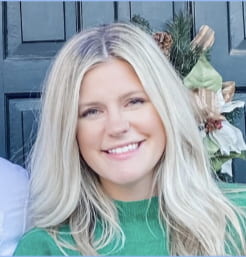 Mrs. Breiten is PHS’ very own ray of sunshine, and interpersonal studies teacher of course! Many of her students describe her as a second mother, while always being in a great mood. Located at the end of the 500 hallway, Mrs. Breiten’s classroom is known as a comfort spot for many students. Along with teaching Interpersonal Studies, she also offers comfort and support when any students of PHS  need it. This month, the journalism staff made an excellent choice of selecting Mrs. Emily Breiten as our teacher spotlight! We got the opportunity to find out a little more about Mrs. Breiten and some of her interests!

Prior to teaching Interpersonal Studies at PHS, Mrs. Breiten attended Texas State which she graduated from with a bachelor’s degree, and is currently attending Texas A&M working towards her masters degree! A big part of being a teacher is figuring out how to connect with students, and Mrs. Breiten’s got that skill down to the bone. Mrs. Breiten says, “It’s important to have a relationship with your students, build relationships with them and everything will fall into place after that.” While working at PHS, Mrs. Breiten has learned to be a lot more empathetic and have more patience with her students. She’s found that putting herself in others shoes’ and seeing things from their perspective has impacted her greatly, and helped her connect with her students emotionally. Elly Hernandez and Jayden Palacios stated that Mrs. Breiten will always take the time out of her day to make sure everyone’s okay, and to say “good morning”, or “hi” to everyone in the halls!

You might be surprised to hear that Mrs. Breiten doesn’t actually live here at PHS! I know we found it shocking with how involved she is within our PISD community. Outside of teaching Mrs. Breiten enjoys all kinds of outdoor activities with her family including going to a park, a lake, and even the zoo! While in high school she participated in FFA, which could explain her love for the outdoors.

All of PHS’ students are beyond grateful to have Mrs. Breiten as a part of the amazing staff, and look forward to what positive impact she’ll have on us next. Don’t forget to stop and thank your amazing teachers and staff at PHS anytime you have a chance! Pride Pride!

By: Myame Lara and Darla Rodriguez 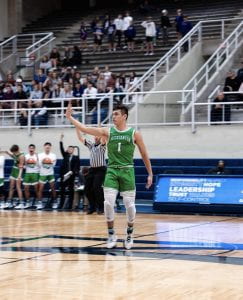 Although the Eagle’s basketball season has come to an end, they deserve a round of applause for all the hard work and dedication that went into making this season legendary! The month of February was very successful for our Eagle’s. On February 1st, the Eagles took a strong win against Navarro, with an 83-40 score. Following our Eagle’s first win of the month, they took another clean sweep against Gonzales, winning 62-44. On February 11th, the Eagle’s ended the week with a big win, beating Cuero in their own territory, 72-66. February 15th’s game locked in our Eagle’s spot in the playoffs, taking an effortless win against La Vernia, and ending the game with an 82-59 lead! Our Varsity Eagles stole the District and Bi-District title on the infamous 2/22/22, winning against Fredericksburg 63-48. The Eagle’s ended the month on February 25th, with a close game against West Oso, but took a win 57-54. On March 1st, the Eagle’s went onto face their third playoff game against Boerne, but sadly came up short 40-43. What an amazing season.

We got the chance to interview our Eagle’s Varsity point guard, junior, RJ Marquez, and asked him a few questions about the 21-22 season. RJ has had a passion for the game ever since he was young and is a key factor to our Varsity basketball team! The boy’s have been practicing as a team since the summer of 2021, so they’ve had a lot of time to create chemistry and come together as a family. For the Eagle’s Varsity team, It’s important to come together and work as a team. In our district winning game, RJ had stats of: 26 Pts, 2 Rbd, 7 Ast, 8 Stl, and 1 Blk. RJ say’s, “It’s been a lot of fun, we’ve really come together as a team and as a family.”, which is a key factor to why the Eagle’s had such a great season.

We are very proud of the team’s passion and determination for working so hard throughout all the highs and lows of this season. The Eagle’s ended their season with a 28-7 overall! The boy’s varsity Eagle’s had a great season and had so much improvement since the beginning of the season. Good job Eagle’s!  Pride! Pride! 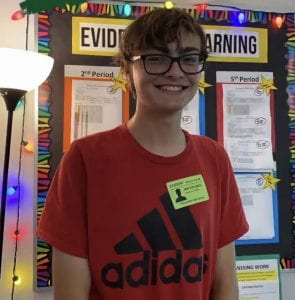 Every month, the Quill does a “Student Spotlight” article to shine a spotlight on some of the amazing students who attend PHS. To start off the new year with a bang, the journalism team decided to shine the spotlight on senior Mayson Smith.

Mayson Smith is currently attending his fourth and final year at Pleasanton High School. In his four years of high school, he has impacted not only our school but also our community! Mayson is a proud member of PHS’ very own news show, the Big E News. He is a news anchor, a field reporter, and a proud co-host of his very own segment, “The Chocolate Milk Show.” Along with being on the Big E News, he is also a member of the Mighty Eagle Band where he plays the trumpet! Having been in band for four years, Mayson expressed that band director, Mr. Solis has impacted him the most here at PHS. Mayson says, “Band may be one group but learning new music and going to events is amazing.”

Being a senior at PHS and second semester quickly taking action, graduation is soon approaching for Mayson. After graduation, he plans on going off to pursue film or psychology. During his junior year of high school, Mayson took AV which pushed him to find an interest in what he wanted to do and explore what he is passionate about. Mayson states, “If making movies doesn’t work out, I’d love to get a job that helps people instead.” This is where wanting to study psychology steps in!

Mayson is an amazing person who attends PHS and there is never a dull moment when he is around! Band director, Mr. Eduardo Solis, stated that Mayson goes “above and beyond” what he asks of other students. Mayson is always making sure others are enjoying their experiences and getting the most out of PHS. We at PHS are very grateful to have Mayson Smith attend our school and can’t wait to see the impact he has on this school! 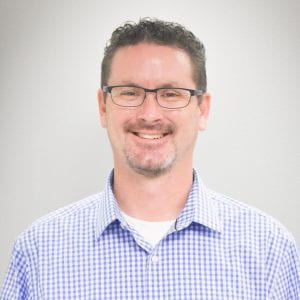 Coach Bird, otherwise known as Mr. Bird is currently teaching his 19th year here at PHS. Here on campus, he is known for teaching AP English 3, on level English 3, and Leadworthy, while also coaching Girls Varsity Soccer, and the JV volleyball team. Previous to teaching at PHS, he taught at the Pleasanton Elementary as a PE teacher for 7 years, but then moved campuses’ to, “do something a little more challenging.” With his father being a journalist, English has always come easy to him, which is why he chose to teach and focus on ELA subjects.

Coach Bird attended Hardin Simmons University in Albany to get his undergraduate degree, he quotes, “I went there because my older brother was attending there and I was given the chance to play soccer there.” As well as Hardin Simmons University, he also attended the University of Texas of the Permian Basin to achieve his first masters degree, he attended this university because they offered an online program in sports psychology and states, “That’s what I was interested in at the time.” Coach Bird later went on to pursue his second masters degree at the University of Texas at Tyler, this degree is in counseling and was completed online also.

When Coach Bird isn’t teaching or coaching, he has some favorite activities to do in his free time! Some of these activities include watching sports on TV, sleeping, and spending time with his wife! Coach Bird plays a big role here at PHS and never fails to lighten up someone’s day. Thank you for all you do Coach Bird!