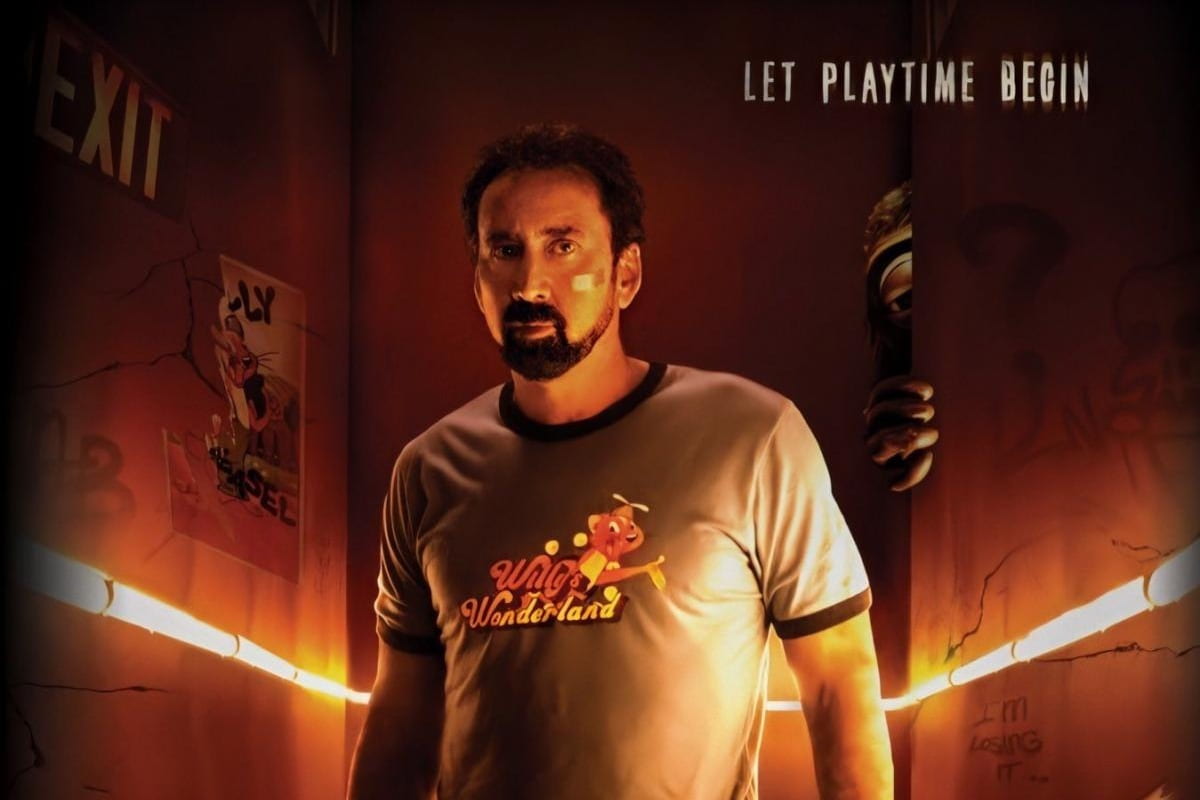 Slasher and goofier horrors have been lacking lately in recent media, with the primary focus being on psychological horror films (A path paved by directors like Ari Aster and Robert Eggers). It’s a genre that’s been dead since Friday The 13th, with an extended cult following that makes you wonder where this caliber of the movie went. Apparently, the answer is simply that these people have run out of ideas. This is evident in early 2021’s Five Nights at Freddy’s reminiscent film, Willy’s Wonderland. Yes, the title is that bad.

The film follows Nicholas Cage, who I will be referring to as such because his actual character is unnamed. Nick finds himself stranded in a small town after all four of his tires are punctured by some poorly placed spike strips, and with no ATM in sight, he is offered to work off the repair costs by spending a night cleaning the abandoned children’s attraction, Willy’s Wonderland. He grabs a few sodas, throws on a complimentary Willy Weasel t-shirt, and gets to work. Assuming you don’t know where this is going, the animatronic characters come to life in the dead of the night and wreak havoc.

Nick, although a talented actor, has a bit of a track record of never declining a project as long as he’s paid fairly. If this film was nothing but him beating the spit out of a bunch of Chuck E. Cheese rejects, it’d be perfectly good fun without having to pull weight by making sense or being compelling. It’s Nicholas Cage gutting CGI animatronics, what more could you ask for? However, as I stated, he wishes to be paid fairly for his time. This film was a smidge over a microbudget, so paying Cage for the main character role was not gonna work without some adjustments. The result? His character has zero lines, no name or story, and simply shows up for twenty-minute intervals to throw down and then slunk off to the corner to play pinball.

As a result of this limited screen time, we are presented with my worst nightmare; filler. A handful of teens (who cannot act to save their lives, mind you) show up to get picked off one by one in between Cage’s ultimate smackdowns. They distract from the sheer absurdity by being loud and obnoxious, when the movie is primarily dialogue-free when Cage is on screen; and thank god too, because the writing is awful. It’s a tonal shift that makes you scrunch up your nose and reach for the remote to fast forward. But as I said, you gotta do what you’ve gotta do to book Nicholas Cage as your cover image.

In short, Willy’s Wonderland is a scrappy b movie that doesn’t overstay its welcome but doesn’t fulfill its space either. If you like nonsense and Nick Cage, congrats. You’ll love it. If your sort of thing isn’t 90 minutes of animatronic weasels getting gut-punched, however, you may want to skip over this one. Whatever the case may be, thanks for reading and I hope you understand what I subject myself to in order to entertain you guys.