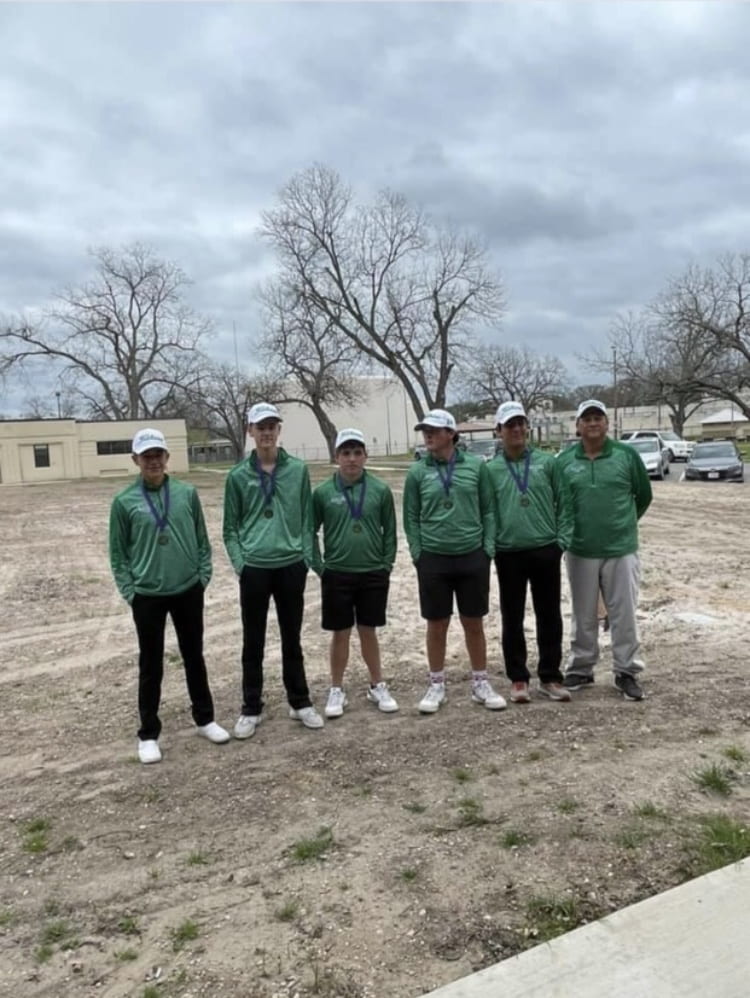 As the golf season carries on, the Eagles also continue doing well in different tournaments. February was an eventful month for both the boys and girls golf teams, with successful tournaments for all. On February 1st, the first tournament for the girls was held in Devine, with the team taking 4th place with 463 points. The boys began on February 3rd, playing in the Somerset Tournament and winning 1st place with a total of 350 points. The 8th was a success for the girls in the Warren Tournament, coming in 9th place and scoring 454 points. The girls team also did well on February 22nd, earning 4th place in Devine with a score of 426. February 23rd was another great day for the boys team, with them winning 1st in Devine on a score of 341 points. March was another great month for the Eagles golf teams, which began on March 1st. The girls earned 4th place in the Jourdanton Tournament, ending with 416 points.

“It’s [the team] improved a lot with people coming back from other sports and just overall play,” said senior Trent Crady. “Many have improved by a couple of strokes.” The boys continued the great work on March 3rd in the Jourdanton Boys Tournament, getting 1st place with 324 points. On March 9th, the girls team won 4th place with 412 points. March 12th and 13th were triumphant for the boys, winning 1st place with 674 points at the two day Uvalde Coyote Invitational Tournament. March 15th was also successful for the boys team, coming in 1st place once again with a score of 335. On March 17th, the girls team also did really well in the Randolph Tournament, arriving in 2nd place with a final score of 426 points.

With district just around the corner, both teams are continuing to play strong. “District is looking really good for the team. We have a better chance to move past district and continue going forward,” stated Crady. The district golf tournament will determine who goes on to the next round, and both teams have a great shot at making it. Great job Eagles and keep up the good work!