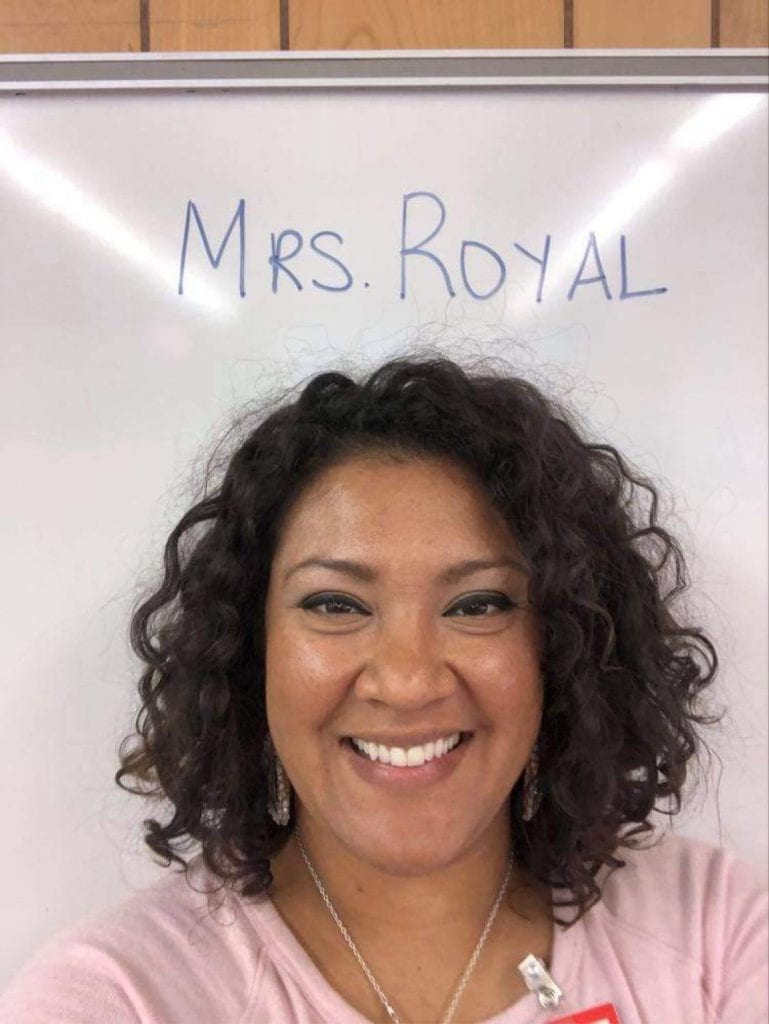 Mrs. Royal is a name you might hear around a lot during the 2020-2021 school year. Mrs. Royal has stepped up time after time and led a class where they were missing a teacher. Earlier this year Mrs. Royal stepped up to be a long term sub for the Health Science classes. More recently, she has acted as the long term sub for Mr. Ruiz, beginning when the students came back from winter break until the end of February. She has faced every responsibility of being a teacher and done amazing while doing so!

Mrs. Royal earned her degree, a Bachelors of Science in Kinesiology, from UTSA in 2010. From a young age, Mrs. Royal realized she wanted to be a teacher saying, “It’s what I knew I would eventually be doing.” Through interacting with others and being a part of something bigger, Mrs. Royal has allowed herself to thrive in our community and school. While being a substitute teacher at our school, and being a long term substitute for a lot of that time, she learned a lot and made a huge impact on her students. She stated that, “Doing what mattered most with every minute I had became my goal.” Mrs. Royal rose above the challenges she faced and left a positive aftermath on her students. Mrs. Royal faced these many difficulties with a positive attitude, determined to conquer them. Understanding the lack of appreciation students have for educators is the challenge Mrs. Royal finds the hardest to overcome. “Trying to figure out a way to connect and challenge those students is what keeps me on my toes.” Although being a long term sub brought many challenges, it ultimately proves very rewarding. “It would have to be seeing change!” Mrs. Royal said about the rewards of teaching. “There is nothing like trying to connect with a student and then watching them achieve something and/or change for the better!” Luckily, through this crazy season of learning, Mrs. Royal has always been able to find the silver lining saying, “There was always so much to figure out! It was very rewarding to get to know the students and I really enjoyed most of them!”