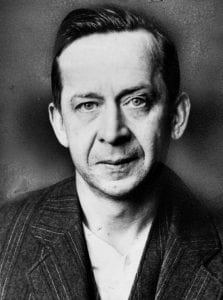 During the 1920s, women were known for taking back their own love lives. When she was just 17, Dolly Korschel met Fred Oesterreich and they quickly got married. But for young Dolly, this did not get in her way of having a wildly active love life. The couple lived in Milwaukee, Wisconsin, where Fred worked very successfully at a local factory. This very factory is where Dolly and Otto Sanhuber first laid eyes on each other. When she saw that Sanhuber was fixing sewing machines at the factory, Dolly demanded that her husband send him to their house to fix her sewing machine. Dolly was 33 while Sanhuber was 17. When Sanhuber showed up, Dolly was wearing nothing but a silk robe and stockings. This was the beginning of an intense affair and the ultimate death of Fred Oesterreich.

After months of the affair between Dolly and Sanhuber, neighbors began to get suspicious of the unknown man showing up pretty often. The best solution Dolly could think of was to move Sanhuber into the couple’s attic. Sanhuber agreed and quit his job at the factory to devote all of his time to Dolly. This arrangement meant that Sanhuber couldn’t leave the house because it might result in him being seen. Sanhuber spent the days with Dolly and helping around the house, and the nights reading and writing fiction stories by candlelight.

For 5 years the affair continued like this, until 1918 when Fred decided to move to Los Angeles. Although this could have caused complications, Dolly worked around it.  She found a house with an attic and sent Sanhuber to settle in before the Oesterreichs got there. For 4 more years, life continued for the group with the same routine as in Wisconsin..

On August 22, 1922, Sanhuber overheard Fred and Dolly fighting and emerged from the attic. He burst into the room where the Oesterreichs were fighting, and noticed that Fred was holding two pistols. Fred recognized Sanhuber from the factory and became very angry and the two began to physically fight. Fred was shot, Dolly and Sanhuber panicked. Sanhuber locked Dolly into the closet and retreated into the attic with the key and the guns, Dolly would have an alibi and Sanhuber would be invisible. Dolly told police it was a robbery gone wrong.

After the ordeal died down, Dolly found and moved into a new house. One would assume that she and Otto could eventually bring their relationship into the open, allowing Otto to have a normal life. But instead, when Dolly moved, Sanhuber, once again, took up residence in her attic. While Sanhuber wrote more stories, Dolly got herself yet another lover. Local lawyer Herman S. Shapiro became Dolly’s fixations, but Shapiro worked long hours and this would not satisfy Dolly. Enter Roy Klumb, another lover to keep Dolly entertained, but Klumb might have been used simply to rid Dolly of the guns. Klumb ditched one gun in a tar pit, while a neighbor of Dollys buried the other.

When Dolly broke up with Klumb, he recovered the guns and went to the police with the story. Neither gun could be tied to her because of corrosion. While Dolly was in jail, Shapiro discovered Sanhuber, but this was not a deal breaker for Shapiro. After many years of living in the attic Sanhuber was told to get lost, and Shapiro moved into the house. All charges against Dolly were dropped. Sanhuber finally escaped after living in Dolly’s attic for over 10 years.

Seven years later, Dolly and Shapiro broke up and Shapiro went to police with everything he knew. Warrants were put out for Dolly and Sanhuber. The jury found Sanhuber guilty of manslaughter. Nevertheless, the statute of limitations on the manslaughter had run out, and Sanhuber was released. Dolly died in 1961 at age 80, hopefully having learned a thing or two about relationships. 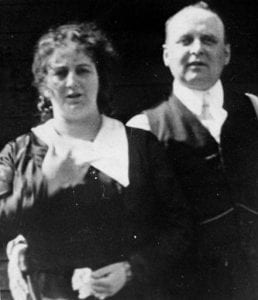