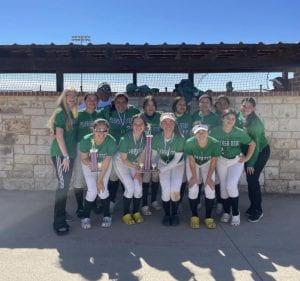 This month our Girls Varsity softball team battled against Somerset on April 19th and took victory with a final score of 7-4 after a hard fought game. Throughout the game our team kept their defense up for a solid match to prevent our opponents from scoring. We have a couple of players who were outstanding such as Maggie Maddox who pitched 3 strikeouts along with 1 walk throughout the game. A freshman by the name of Elizabeth Salinas helped her team get their hitters to 4-4 while Maddie Estrada and Aubry Cantu both got the chance and went 2-4 to the plate.

Many other girls on the team advanced runners using a well timed sacrifice fly where the game finally tied in the 7th inning. However, Jaelyn Morales hit a home run that allowed the eagles to score a 3 man play leaving the score at 7-4. After this the Eagles went on the defensive making a 4-6-3 double play going from Salinas to Estrada and finally to Morales. 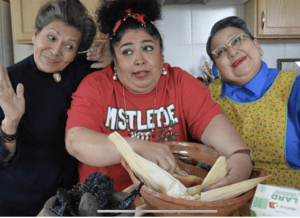 For this Teacher Spotlight we had the pleasure to interview our beloved Theatre Arts teacher Mrs. Rodriguez. Her story starts in college where she actually had a different career path before acting/teaching and found an ad asking for actors that could sing for a play at the Guadalupe Cultural Arts Center. Since she had sung during high school she decided to audition and got to be cast in the play where she said she loved it. At that point she decided it was time for a career change and started to work towards her Theatre degree to continue acting.

She has acted in many plays such as Las Nuevas Tamaleras along with commercials with H-E-B and some for the pandemic. When asked about why she chose to work here she claimed it was because no one knew her here and it was like starting with a clean slate here. Since she had been performing in San Antonio for so long that when she would go for job interviews they would recognize her from when she performed. Her philosophy for education didn’t align with this since that wasn’t the way she worked with students and was excited with teaching them what she knew.

Since no one recognized her in Pleasanton Mrs. Rodriguez felt as though this was her chance to talk about what meant so much to her where she wanted to work with the students and give to them. She enjoys the people along with meeting, speaking, and teaching others in Pleasanton when she gets the chance. Mrs. Rodriguez has 2 siblings where she is the oldest of the bunch with her younger sister being the second and her younger brother being last. Her sister also worked in education for 30 years before retiring while her brother is an environmental lawyer.

Unfortunately her mother has Alzheimer’s disease but has done many interviews for News Stations getting the message out on how to treat those with Alzheimer’s along with how they feel. However, even though her disease is progressing she still spreads the message about Alzheimer’s while being cared for by the husband who took the role of being a caretaker for her. Mrs. Rodriguez is also a part of the Caring for the Caregiver Council who is taking a look at those who care for patients with Alzheimer’s. Like what they need or how they feel but are an advisory council in order to tell them about programs that need to be known and researched.

Mrs. Rodriguez’s parents have been huge advocates for going out of their way to help with earlier detection and how it helps to make things easier for not just the patient but for the caregiver as well. Mrs. Rodriguez has a couple plays she loved such as again Las Nuevas Tamaleras, Real Women have curves, and Miss Saigon but her favorite straight play was Fences by August Wilson. During competitions at One Act Mrs. Rodriguez enjoys seeing how the students’ skills have grown from when they started to the day of the competition. She also states when it is time for competitions that it is out of her hands and now it is fully the students in control to see how much they have grown.

Mrs. Rodriguez was also the person who proposed Pleasanton participate in One Act and has been doing it for 20 years running. So students if you happen to see her in the hallways or somewhere else don’t hesitate to say hello or if you have questions about acting she is the one to ask.

It’s that time of year again when the temperature starts to drop and we scramble to get last minute gifts for family and friends while also getting into the Christmas Spirit. If you haven’t gotten a gift for that certain someone yet then I have a gift you can make at home that your family will surely love to receive this year.

This gift is sure to leave a sweet taste in your mouth when you use it. 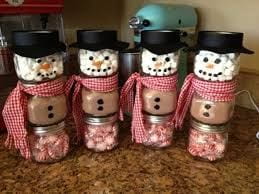 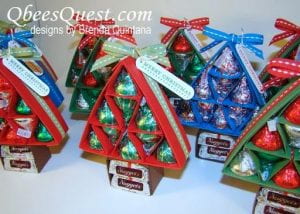 Sometimes it just takes a couple things around the house to make a gift. 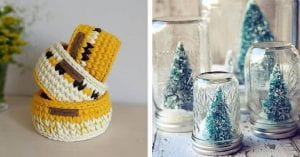 By: Noah Ramos and Wanish 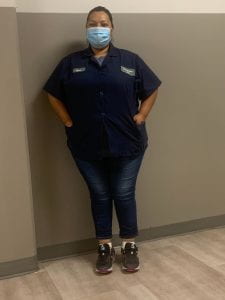 For Staff Spotlight we got the chance to interview a very kind custodian by the name of Maria. When asked why she wanted to apply as a custodian here Maria said she had heard many great things about PHS and the other staff were all super nice to one another. Maria is originally from Chicago and misses it sometimes but prefers the hot weather here in Texas over the cold weather in Chicago. When asked about her favorite experience here at PHS Maria responded that when she isn’t here on some days the staff tell her that they missed her.

When she cleans sometimes students will come up to her and thank Maria for keeping everything clean which always brightens up her day. Before becoming a custodian Maria worked as a Bilingual customer service rep, she worked with a lot of people by either phone or face to face. Maria claims she has always loved to help whether it’s by cleaning or anything else and she is also a CNA as well. Maria is a big people person and loves to be around others.

If  Maria could give one message to PHS, it would be: “Never stop believing in yourself. Sometimes there are opportunities life gives you and you are scared of that opportunity and; you feel you won’t be good enough, but don’t doubt yourself because you are good enough.” PHS is truly lucky to have a one of a kind custodian, we wish you a great year here Maria!