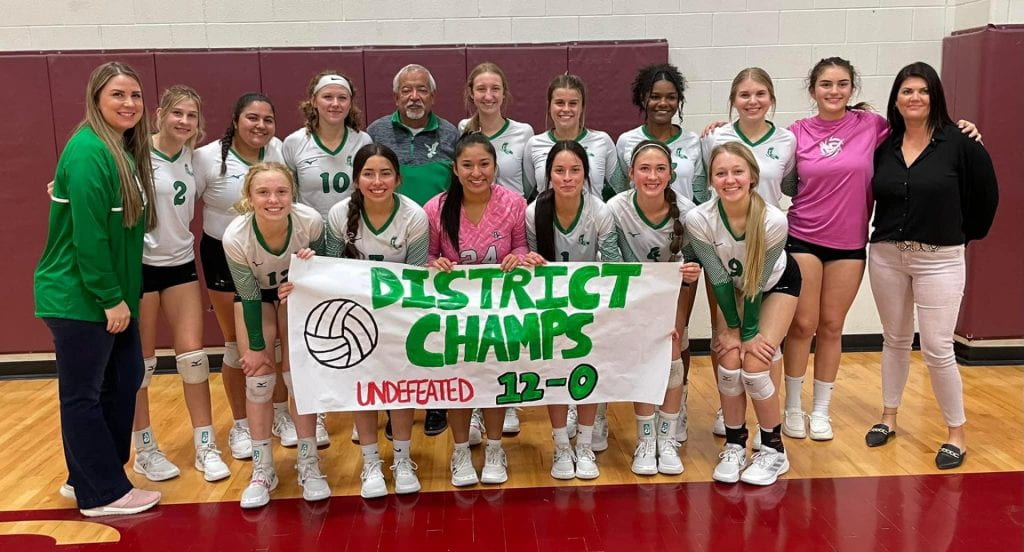 The Lady Eagles have been dominating and working hard on the court and have a current record of 40-2. On September 21st, the Lady Eagles traveled to Somerset and fought hard to hold the opposing team from scoring. The girls had a rough start but got the hang of it holding Somerset 3-0. Then Pearsall came to play at home and the Eagles won 3-0. On September 28th, the girls traveled to Floresville with a mindset of winning, and had a nail-biting game that ended with the Lady Eagles winning 3-2. The following week the team played against our well known Uvalde team and once again came out ready to work for the win. Uvalde gave a fight, but our Eagles were ready for anything that came at them. The score was 3-1, a win for our hard working ladies. The team found their rhythm as they worked on flaws and fixed their issues before they took on Carrizo Springs and dominated once again with a win 3-0 with plenty of great sets and assists.

After a couple days of working on drills and plays the Lady Eagles went on to face La Vernia at home in a non-district match-up. The Eagles fought hard but ended with a 1-3 loss, but they knew this wasn’t the end. The Lady Eagles then traveled to Devine to battle it out with the Arabians which led to a 3-1 win. The Lady Eagles then went on to beat and shut-out Somerset and Pearsall before playing Floresville on senior night and shutting them out as well. Their last district game was against Uvalde and the Lady Eagles again shut them out and were awarded undefeated district champs. Way to go girls! The Lady Eagles have been doing great and work so hard trying to perfect their plays and their progress has shown throughout the games. Good Luck to the Lady Eagles as they start playoffs with a game against Orange-Grove on October 31st. Pride! Pride!