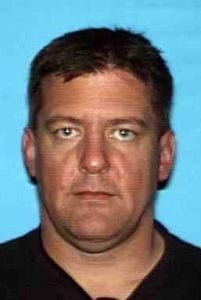 Bruce Jeffrey Pardo, born on March 23, 1963, graduated from John H. Francis Polytechnic High School in Sun Valley, Los Angeles. Further graduating from California State University, Northridge. Pardo met his wife, Sylvia Orza in 2004, they later married in 2006. For years, Pardo bounced between jobs and the family struggled heavily with finances. After a big fight over the couple’s finances and conflict involving their children, all coming from previous marriages, the couple divorced in June of 2008.

On December 24, 2008, in the city of Covina, a suburb of Los Angeles, a Christmas Eve party was taking place at 1129 East Knollcrest Drive. At 11:30pm, Bruce Jeffrey Pardo, dressed as Santa Claus, knocked on his ex-wife’s parents house armed with a homemade flamethrower and at least 4 handguns disguised as Christmas gifts. As the door opened, Pardo revealed a handgun and shot his 8 year-old niece Katrina Yuzefpolsky, who is the daughter of Leticia Yuzefpolsky, who is a sister of Sylvia Pardo. As the shots rang out, the other 24 occupants of the house began to run, using the handguns, Pardo shot into the fleeing party-goers with no discrimination.

After he finished shooting, Pardo unwrapped the gift containing the homemade flamethrower, and used it to set the home ablaze. The fire burned at roughly 50 feet high and took 80 firefighters an hour and a half to extinguish. The intensity of the fire made it difficult to identify the victims causing identification to be done by dental and medical records.

After the attack, Pardo drove 30 miles away to his brother’s house in Sylmar, where he was later found dead by suicide. Police found $17,000 in cash cling-wrapped on his legs. His rental car, found one block away, contained four 13 round capacity handguns, all empty, at least 200 rounds of ammunition, and the remnants of the Santa suit. While trying to remove the Santa suit from the car with a robot, the bomb squad started a fire in the vehicle, burning and destroying any evidence. At Pardo’s house, police recovered 5 boxes for semi-automatic handguns, a shotgun, and a container for gasoline. They also found what police described as a “virtual bomb factory.”

Police believe the motive for the attack was the divorce of Pardo and Sylvia and extensive financial problems.

The Ortega family is laid to rest at Forest Lawn Memorial Park in Los Angeles, California. Bruce Pardo is buried in an unknown location.