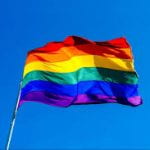 Pride Month is a month dedicated to those who are a part of the LGBTQ+ community. The month of June is completely dedicated to those who celebrate pride. There are many celebrations to show appreciation to pride, such as rallies, marches, commemorations, community days, dance parties, and festivals.Pride month is celebrated in the United states to remember the Stonewall riots. The Stonewall riots occurred at the end of June 1969. Many pride related parades and marches were created as a result of the Stonewall riots. June was declared Pride Month in 1999-2000 and has been celebrated every year since then. Since pride month became a national celebration more and more things became legalized and available to the LGBTQ+ community. Same sex marriage became legal in 2015 and same sex adoption became legal in 2016 in the United States.

As a result people started to become more comfortable with coming out with their sexuality. Large amounts of bullying are still seen, and there are still a lot of people being treated differently. An anonymous contributor said “I’ve definitely been treated differently in high school. There’s been times I’ve felt very uncomfortable by other students and teachers.”, but as time goes on, the amount of bullying for same sex relationships is decreasing.
If you would like to support the LGBTQ+ community there are many opportunities to do so, including events even here in San Antonio, Texas. Show support and show the community that it is okay to not be ashamed of your sexuality.