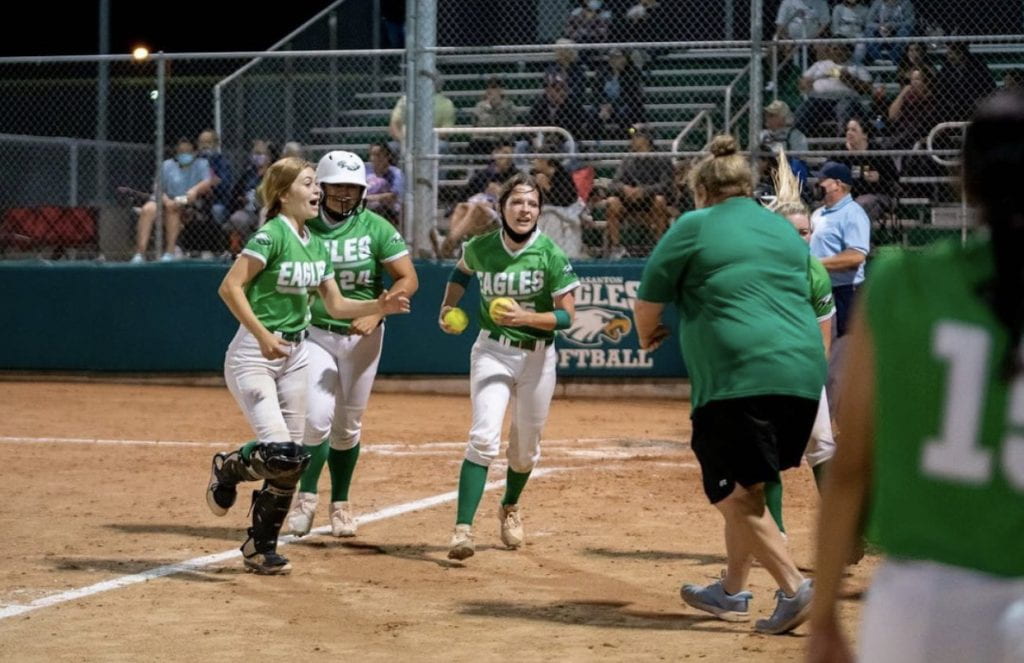 The differences between this year’s season and last year’s season, could not be more obvious. The season was cut short due to Covid-19 last season, so they came ready to play this season. For senior Tatum Stanley, this season posed a mentality improvement. With the new season, the players faced change and were put into new positions. “A lot of us had to play new positions and take that well,” says Stanley. This could have caused blips in the team’s plays, but instead they rose to the situation and as Stanley said “kept our heads up” as well as being, “ready for the next one.” For Sophomore Anai Gonzales, this was the first year on Varsity and first full year of high school softball. This year she feels they faced a lot of the same difficulties that Stanley thought. A “rough one” she called it, but “ I love my teammates and I’m grateful to have gotten the chance to play with them”

For head coach, Coach Savage, this would come to be the last season she would coach. For the past 11 years, Savage has been working towards turning the program around, and it has paid off. The softball program has made it to the playoffs every season for the past 11 years, something that had not been done in many years. Coach Savage credits the amazing seasons to the “dedicated and hard working young women of this community that believed in themselves and our program.” Although Coach Savage will no longer coach at the high school level, she will continue coaching at the junior high level. Coaching junior high kids has always been a passion of Coach Savages, firmly believing that, “it’s where the basic fundamentals are instilled in kids and their future success sprouts at that level.” Coach Savage will be missed dearly by the softball team.

As the softball season comes to a close, and the year ends, the softball team looks forward to next season. Remember these words from your dear Coach Savage, “never forget to find your BELIEVE! All things are possible if you Believe!” Awesome job this season and we wish you luck in the future. Pride! Pride! Eagle Pride!