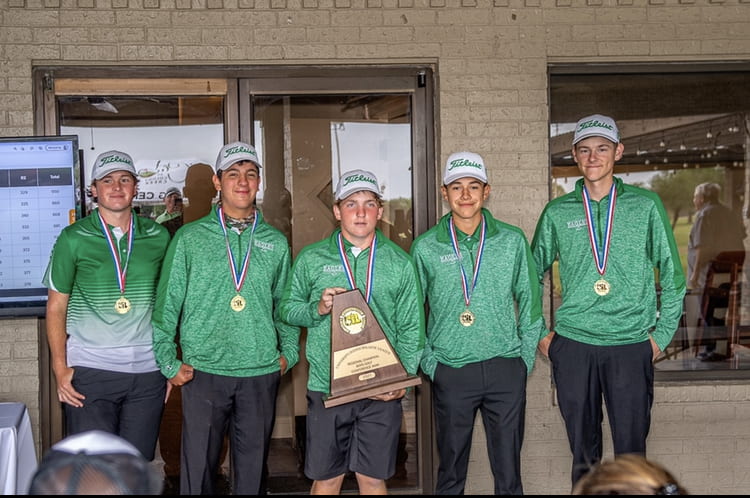 On May 10-11, Senior Lacey Stevens traveled to Kyle and competed in the UIL State Golf Tournament. The first day, Lacey scored 87 points. On the second day she scored 82 points. After only counting the first 9 holes on day two due to the weather, Lacey ended up with a two-day total of 131 points. Lacey finished 36th overall at State.

May 17-18th the men’s golf team traveled to Kyle where they overall placed 8th. Coach Guerra said that even though they did not have a season last year, “This has been a historic year for our golf program. Despite having our season cut short last year and all the adjustments that had to be made this year, the team put all of that behind them and made this season the most successful season this program has ever had. This shows how dedicated and committed these young men and women were to this season.”

Coach Guerra added that “having the boys team make it to the state tournament for the first time in school history and Lacey qualifying as a medalist in the same season, makes this year the proudest of my coaching career.”

For next year’s golf season, Coach Guerra is “hoping that the experience of the participating in the state tournament will help the returning golfers to want to work even harder during the off-season and next year so that they can experience that feeling all over again. I also hope that it will inspire the others to work just as hard so that they can be a part of that experience down the road”

To the graduating seniors in golf, Coach Guerra would like to say thank you for your hard years of work and dedication you put into the program and that he will miss every one of you. He wishes you all the luck in the world in everything that you do.