The JROTC program at Pleasanton High School is often misunderstood as a place for students to get yelled at or to join the military right after high school, but it’s actually so much more than that.

“The mission of JROTC is to motivate young people to be better citizens,” states Colonel Wynder, head of the JROTC organization. “Life skills [such as] leadership, citizenship, self-awareness, all those areas are things that cadets can learn and grow from. Not only during their high school experience, but when they go on to do something else with their lives as well.”

Along with these important abilities, JROTC also assists students in preparing for the future. Colonel Wynder said, “We have everybody prepare resumes, talking about being able to interview and speak highly of themselves-describe who they are and what their goals are. So everything we’re doing is setting them up for what happens after high school.”

The JROTC program also assisted in the Poteet Strawberry Festival 5K Run. For the 19 & Under category, senior Guadalupe Quintana came in third place, and Xavier Rodriguez finished fourth in his age category. The program’s color guard presented the flags as well for the national anthem.

“That was a big significant activity,” recalled Colonel Wynder. “… because we got to interact with the mayor of Poteet. He and his wife put the event on… It was a good event, [a] bunch of people out there.”

The Poteet Strawberry Festival on Saturday, April 10th was also a remarkable day for the program. “… It’s the big meet, Central Catholic. 35 cadets will be involved, and we have some cadets that are going to do the parade from Poteet.”

The JROTC had quite a successful meet, with the Varsity Male PT Team finishing 1st, the Woman PT team coming in 3rd. The JLab academic team ended in 2nd place, and the co-ed color guard also came in 2nd overall. Cadets also did extremely well in individual events, with several placing incredibly high.

May 20th is the award ceremony JROTC in the Eagle football stadium, where each company is able to march and the drill team performs. They recognize the top companies and have a “change in command” ceremony. “… it’s where Edward Uhl will pass on his responsibilities to the next cadet who will be in charge of the cadet battalion next year. So it’s a busy time,” said Colonel Wynder. JROTC is improving the lives of many students and is creating a better future for them. Great job JROTC and keep up the great work! Pride Pride! 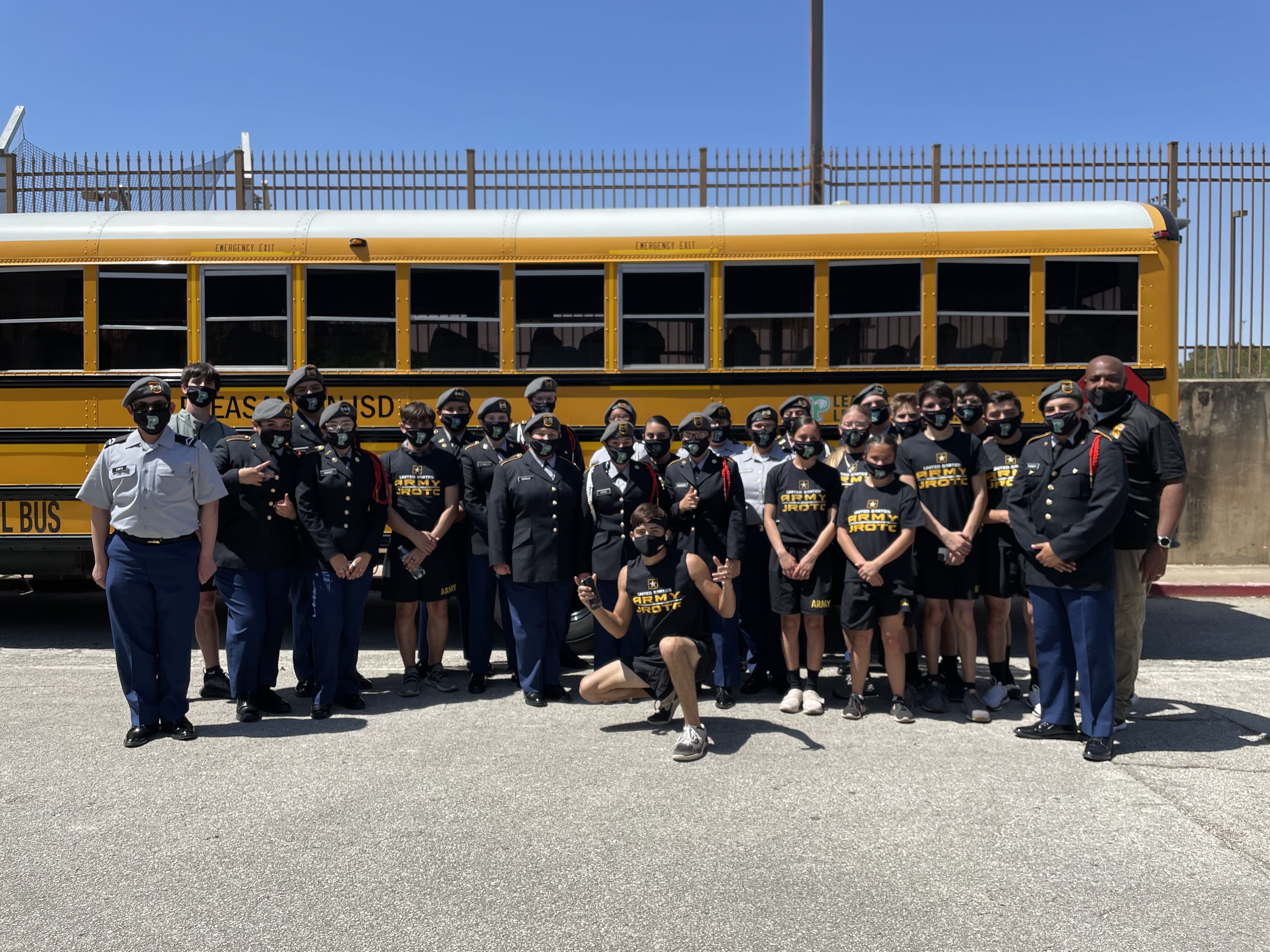