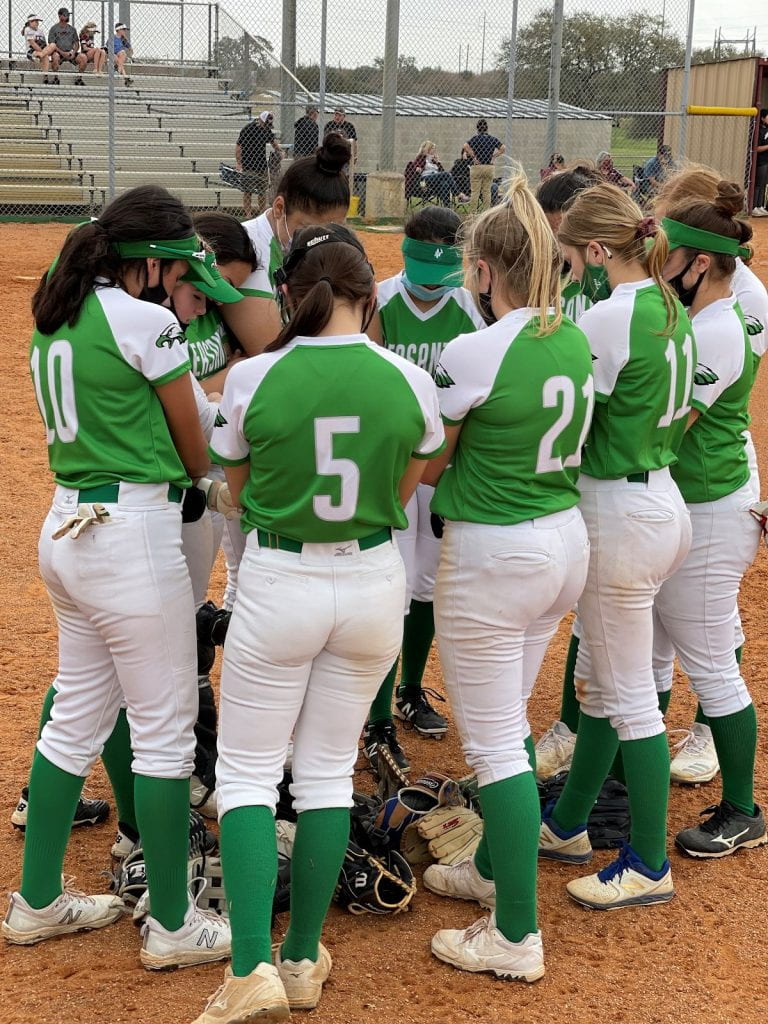 The Pleasanton Lady Eagles Softball Team’s season has officially started. Last year’s season was unfortunately cut short due to Covid-19, and the girls are ready to step up to the pitch and pick up where they left off. “The majority of last year’s team is back and ready to continue what we started last season. We plan on being aggressive and adding some different options in our offensive game,” stated Coach Savage.

The girls have been practicing new game strategies and plans since January. “So far the season has started off really well! Everyone is contributing and doing what is best for the team, so I can confidently say that if it continues, our team will only continue to get stronger. Everyone is working as hard as possible, and I know that all our hard work will pay off in the end,” stated Anai Gonzalez, sophomore. Both teams are proud of their progression shown at practices. On February 2nd, both Varsity and JV went up against Natalia in a friendly scrimmage. Despite Natalia’s hard-hitting offense, our Pleasanton Lady Eagle’s came out on top with good bats and great defensive stops. On February 5th, both teams scrimmaged Cornerstone. Scores were not kept during this game but it was a well fought match. Again on February 9th, both teams went up against Cotulla and brought home a win of 8-2. Their first official games were cancelled due to weather, but the girls are looking forward to adding new strategies to their game and having a great season!