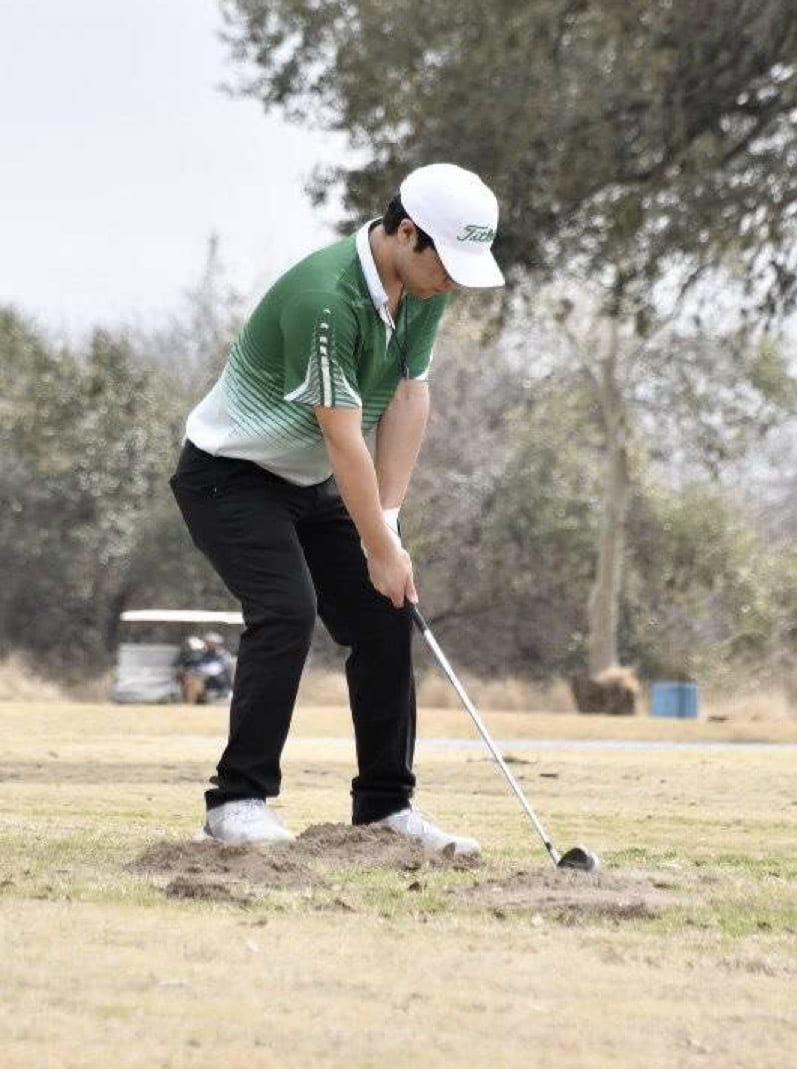 The 2021 golf season has finally begun and both girls and boys are excited to be back on the golf course after being gone so long. Unfortunately, last year’s golf season was cut short due to Covid-19 guidelines. The teams still had two tournaments to go, but because it was cancelled, they were stopped from going to the regional tournament. “We didn’t get to finish our season last year, but I’m anxious to see how well our teams will respond,” Coach Guerra stated, “We got a good group of kids coming back and with the help of a couple other newcomers, were looking forward to a pretty good season.”

The Eagles first tournament of the season was on Feb. 3rd at the Somerset Golf Tournament located at the Pleasanton Country Club. The team consisting of Travis Garcia, Matt Garcia, Reed Foster, Brady Stevens, and Trent Crady had an outstanding start to the season by taking 1st place with a combined team score of 350. Travis Garcia led the eagles in individual scoring shooting a round of 79 and medaled 1st place overall. Matt Garcia shot 89, Reed Foster shot 87, Brady Steven shot 95, and Trent Crady shot 110. Jake Casias also competed as a medalist and shot a round of 90.

When asked what will be the biggest struggle this season, Coach Guerra responded, “Our districts are pretty tough and it’s gonna be a struggle just to get the players to be consistent with their play and in order to get passed the district round we’re going to need to be more consistent. I think that’s gonna be the biggest hurdle we have to face this year.” While this season is off to a pretty good start for both teams, they will have to keep working and practicing hard to have a successful season.