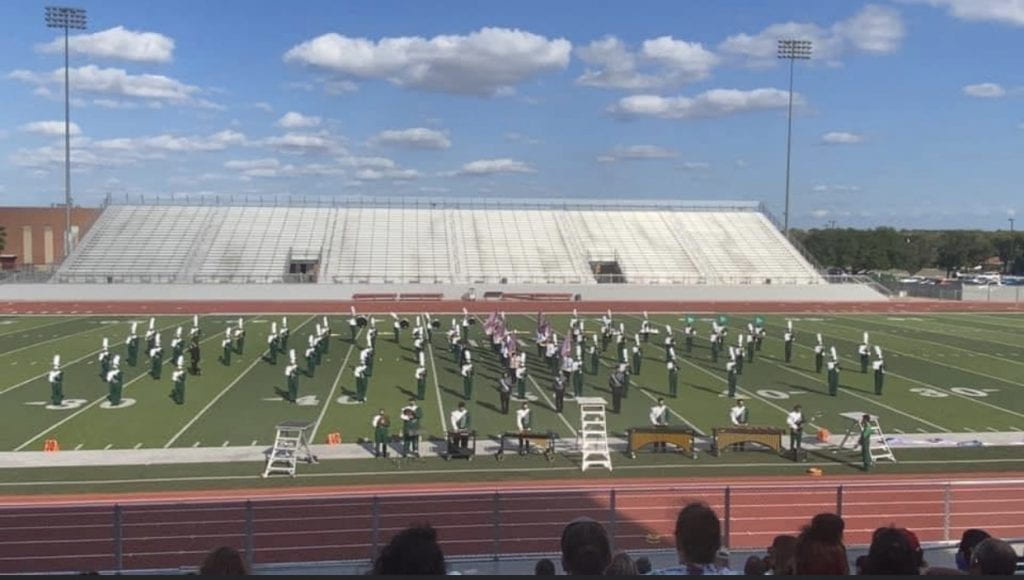 On Saturday, December 5, the Pleasanton Eagle band traveled to Calallen High School to participate in their area contest. They departed from the band hall at around 1pm and prepared for the long ride ahead of them. Despite the cold and rainy weather, the band performed their 2020 marching show “Music of the Beatles” to the best of their abilities. After a long season of working very hard, the 2020 marching band year came to an end. The Pleasanton Eagle Band came in 9th place, out of 14 total bands that attended. This placement did not advance the band.

This year was a wild ride for everyone involved, but the band members made the best of what they were given. Although this year for the head drum major, Reese Decker, was the final high school marching band season, he greatly enjoyed it and looks back on it as a great experience. Regarding the season, Reese says, “My overall thoughts are that I’m just extremely grateful that we got to have a season in the first place because a lot of schools around here had their marching band season completely cancelled.” Being a drum major comes with major responsibility and the opportunity to watch the band grow and improve over time, Reese says, “Something I’m most proud of is that we advanced to Area for the first time since I’ve been in high school.”

As the season ends, the Pleasanton Band reflects on the season and is glad for all of the things they were presented with this year. While the COVID-19 restrictions made it difficult for the band, they made the best of it and had fun this season. We can not wait to see what the band comes up with next year. Awesome job Mighty Eagle Band. Pride! Pride!