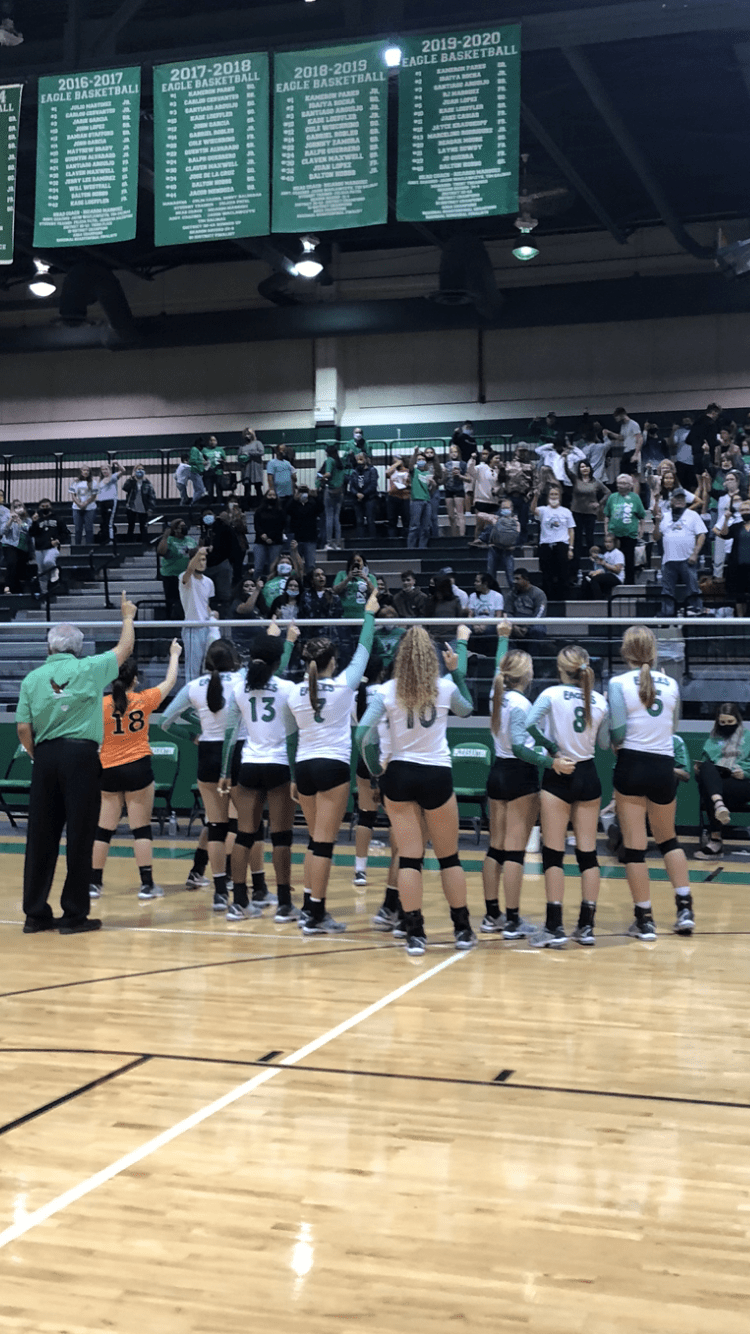 Lady Eagles sing their alma mater for the last time in the 2020 season.

The Pleasanton Eagles’ volleyball team fell to the Wimberley Texans on Thursday, October 28 for a chance to win Bi-District champs. The Texans, who were first in their district, came down to the Eagle complex, taking a victory over the Eagles in 3 sets.

The Eagles began rough, with a 25-14 loss in the first set, but began to get into their groove in the second, ending with a loss of 25-20. The Eagles fought hard to win their third set, however, they fell short due to the strong kills and tricky blocks from the Texans, losing  25-22.

“… we fought back and then they just kinda took it for granted,” stated Coach Aguirre. The Eagles played their hearts out on the court, but it just wasn’t enough to overpower the Wimberley Texans.

Sadly, the volleyball season has come to an end. However, we are all very proud of the girls who worked so hard to finish their season strong. Way to go Lady Eagles!