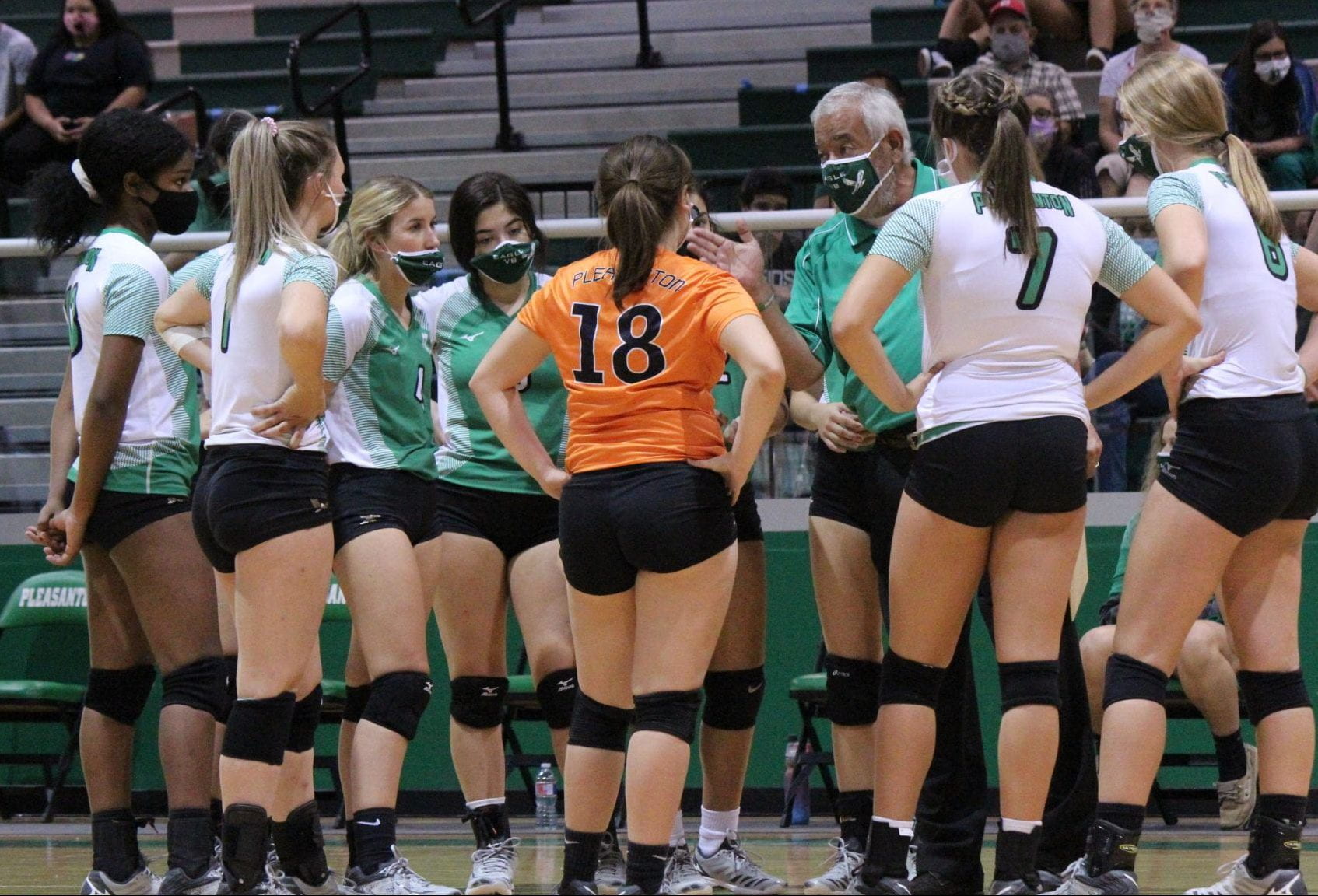 The PHS varsity volleyball team pictured discussing the game during a timeout.

After suffering a 3-1 loss against the Cuero Cobblers in their first district game, the Lady Eagles varsity volleyball team played LaVernia in their second district game, ending with a 3-0 loss against the Bears on Friday, September 25. The following Tuesday, September 29, they suffered another 3-0 loss, with the Navarro Panthers coming out victorious.

On Friday, October 23, the team played their final district game against the Gonzales Apaches. Going into five total sets, the Eagles came out victorious with a 3-2 ending score. Only winning one district game up until this point, the team needed this win in order to advance.

Excited to advance on to Bi-District Playoffs, Senior Jussiah Lopez states, “The game honestly was the craziest game like ever for me… within my high school career. Both teams went out… fighting to win. We all celebrated at the end of the game. Even Coach Aguirre was like ‘YEAH!’ We were all pumped…”

The first playoff game is taking place on Thursday, October 29. Lopez continued on with encouraging words, stating, “No matter how we do, it was a good season and at the end, we all had fun throughout it.”