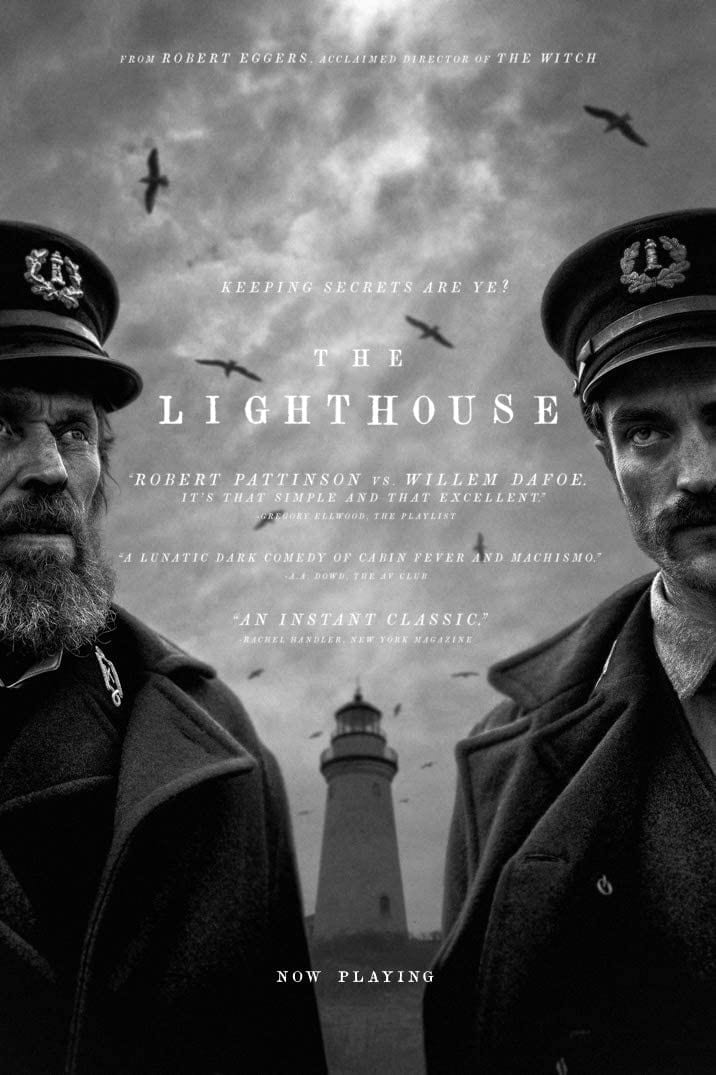 Movie Poster for The Lighthouse (2019)

Modern directors and a higher demand for quality in films has created a breeding ground for exceptional horror movies. Directors like Ari Aster and Jordan Peele are single-handedly reshaping the genre, and it’s a welcome change. In this instance, it’s Robert Eggers stepping up to the plate with his latest horror film, following The Witch in 2015. With a short and sweet filmography, he has already proven himself to be capable of masterpieces. In 2019, he released The Lighthouse.

The Lighthouse is a psychological horror film that follows Ephraim Winslow (Robert Pattinson), who is serving a contract job as an assistant to a lighthouse keeper (Willem Dafoe) for a month on an isolated island off the coast of England. As the two are eventually stranded with no contact with others and seemingly no hope, the only thing left for them to do is ration their food and pray for the best. However tensions rise as secrets emerge, and the two cannot stay away from each other’s throats for long.

This film has a gritty style, being shot entirely on black and white 30mm film and with a 1.19 to 1 aspect ratio to make it appear older and more sophisticated. This, matched with the combined production value and filming location, makes the real elements almost indistinguishable from the staged ones. And against all odds, it manages to fuse a surprising element of comedy, almost in self-awareness.

The actors are entirely convincing, which ironically poses a challenge for a western release. The filmmakers studied journals kept by old lighthouse keepers to develop convincing accents for the actors to dawn in the film. Due to the unique dialect, the plotline is difficult to follow without aid. This normally wouldn’t be a threat to conventional psychological films, but The Lighthouse is uniquely dialogue-based and a good portion of its relevant scenes require a lot of attention. Additionally, the film’s themes and imagery are rather disturbing which makes it unsuitable for a general audience. These factors create a following for the movie with a very specific taste. Despite the quality, not very many casual film fans took much interest upon its release.