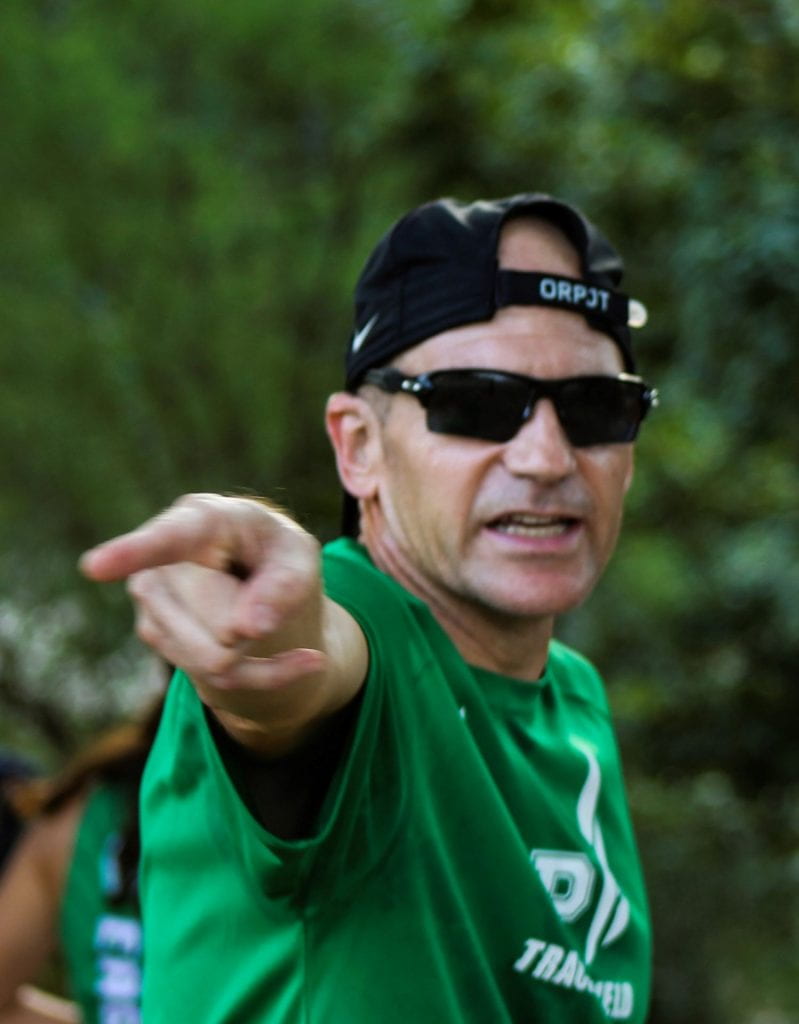 What can you say about a coach who has the energy of a 10 year old, constantly in motion, is always motivating and positive, but still manages to get everything done he sets out to do? This is Coach Worley. Coach Worley has been teaching 8 years here at Pleasanton High School, and has been coaching track and cross country for 7. Before that, he spent 23 years in the Air Force, as an Air Force Ranger. He has been to 20 countries during his service to the United States Air Force, he has been to both South Korea, Japan, Kenya, Nigeria, Egypt, Germany, Iceland, Kuwait, Saudi Arabia, Kazakhstan, Panama, Mexico, and Canada. He is truly a well-traveled individual.

His beginnings started in Indianapolis, Indiana. As he grew up, his goals were to get good grades, go to college and join the Air Force. He majored in Economics, and Criminal Justice at the University of Maryland. After he got married  and decided to go into teaching, he asked his son what he should teach. His son said, “Math”, so he became a math teacher. In addition to being a math teacher, he also coaches cross country, and works with the long distance runners for track.

His enthusiasm at the track meets is well known. From the time the gun goes off to start the race, you can see Coach Worley run from one side of the field to the other, shouting words of encouragement to his runners until they cross the finish line; “Keep the pace”, and “Head up”. He encourages his runners and students by telling them to “Be Fearless”, and “Kill the Tiger”. Other motivational statements he tells his students in math and his runners, is “Don’t be afraid to fail”, “Don’t be afraid to ask.”, and “Don’t say, ‘I can’t’”.

Coach Worley works out with the students in running, guides them in their individual specialties, but at the same time, encourages them to push themselves, constantly improving their own personal best. He is truly a motivating teacher and coach, and through his dedication to make the Pleasanton High School Cross Country and Track and Field Teams improve each week, the runners have a lot to thank Coach Worley for, including taking up Saturdays and during the school week to help train the athletes so they will be ready for the upcoming events.

In closing, Coach Worley is a good influence to all students, due to his passion, enthusiasm, and the ability to be flexible at the last minute. We appreciate you, Coach Worley!